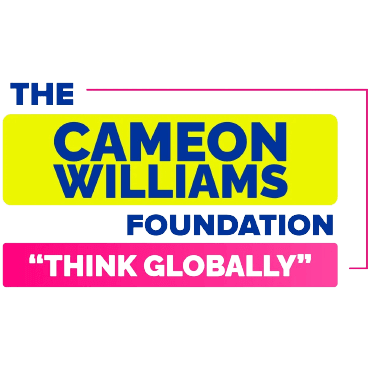 Virginia has one youth prison left. Advocates say it’s one too many.


Virginia’s last youth prison is Bon Air Juvenile Correctional Center located in Chesterfield. Across the nation and in Virginia, youth incarceration has decreased, yet Bon Air JCC is open and larger than other secure treatment facilities operated in nine nearby states. Having one main youth prison also means that youth are locked up far away from their communities. According to data from the Virginia’s Department of Juvenile Justice, nearly half of the youth incarcerated under their care come from the Eastern Region.


A recent report by the Joint Legislative Audit and Review Commission (JLARC) recommended that Bon Air JCC downsize and that the Department of Juvenile Justice open smaller treatment facilities across the state. But is that enough to transform Virginia’s juvenile justice system?


Valerie Slater: How do we do juvenile justice?


Manzanares: Valerie Slater, executive director of the advocacy group, Rise For Youth, says she learned nothing new from the report. Its findings mirror what advocates have said for years.


Slater: We know that it's Black and brown kids that end up in D-J-J. And it's their white counterparts that are diverted more often. We know that. We know that there are particular communities that are under-resourced at such astronomical rates, that being incarcerated seems like a way out for some kids.


Manzanares: When it comes to Bon Air Correctional, Slater says it needs to go.


Slater: It's definitely time for Bon Air to close. It's time for us to get away from the old adult prison modeled facilities, and to focus our attentions and our energies on creating small rehabilitative spaces for children.


Ashley Diaz Mejias: It's not exactly the same, but it has a similar feeling.


Manzanares: Reverend Ashley Diaz Mejias is a part of Voices of Jubilee, a worshiping community that volunteers at Bon Air Correctional.


Diaz Mejias: The setup of the prison is really similar to a high level adult facility. It has kind of the spider setup. You see only concrete walls, the basketball courts are completely enclosed.


Manzanares: Having one main youth prison in the state, also means that kids are further away from their communities. Between 2017 and 2020, nearly half of the youth incarcerated under D-J-J were from the eastern region.


Raequan Miller: It opens up a bigger future of being in this system.


Manzanares: Raequan Miller, who lives in Hampton Roads experienced this firsthand. His interactions with Virginia's Juvenile Justice System started after he made a prank call to his fire department.


Manzanares: The incident upended Miller's life and changed how he was perceived in the eyes of the law.


Miller: If I go in the courtroom, I already have a history of being a delinquent and doing bad things.


Manzanares: In 2018, Miller pleaded guilty to a state issued sexual battery charge. Miller's public defender told him to plead guilty, even though the state had evidence that would have proven his innocence.


Miller: I got sentenced to Bon Air, for seven to 10 months. I went to Bon Air, Bon Air was childish. Like it wasn't a learning experience not to go to jail again. Like it was just like a daycare. I was just locked up, I just couldn't go home.


Miller: It doesn't hold children accountable for either what they did or what they was accused of. And it doesn't put them in a setting of, when I go home I want to change, or I want to do this differently.


Manzanares: Diaz Mejias says the youth at Bon Air Correctional have been swept into a system where they never stood a chance.


Diaz Mejias: Incarceration does not solve our violence problem. It does not make us safer. It has not done much for us other than just create this behemoth of a prison industrial complex.


Virginia lawmakers registered a win recently for young adults hailing from the Commonwealth’s foster care system, by approving a two-year spending plan with a $1 million grant for Great Expectations—a program that helps youth who have expe…

Let us assist you, send us a message and we'll be happy to connect with you!